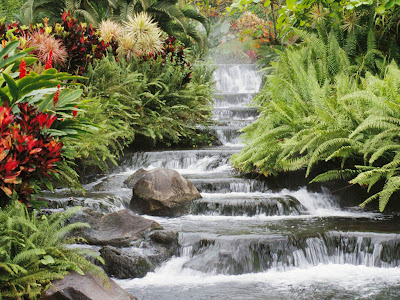 I am about to start the "redemption" of my 2010 NaNoWriMo mystery. I thought that I was going to be able to go back, make a few changes, and move things forward. Then I realised a couple of things - (1) this book has to be as tight as it can be, because I want it to be the first in a series of mysteries based on these characters, and (2) I had defined a major player - the partner of my main character - based solely on what I thought that I needed him to do in this book. He ended up in a very specialised vocation, which could/would be a hinderence in future stories - or he would have to be killed off and a new partner brought in. Back to the bible - this character is going to be recreated, as someone that works well with the main character, and could plausibly be her partner.
I already had to redefine the crime element, as, again, I had gone into too specialised an area, where nothing was going to sound authentic. Major rewrite time here, but better now than after the first person to read it says "Ummm I don't think that I can really connect with this story. It is well written though! Have to go ... talk to you later!"
I think that I am going to change where the characters live also. I am, yet again, writing about an area that I know nothing about. I can easily move the characters one state over, and still have the crime in the intended state and city. The city that I am moving them to has much more appeal ... and I lived there for seventeen years!
Dream the big dreams, follow those dreams, and act on them. But make them real, make them doable. Manifesting them will then be oh so much easier! ;-)
I really do think it is time for a nice glass of wine!
(c) August 2011 Bonnie Cehovet
at August 07, 2011