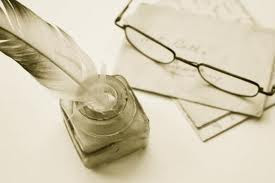 This is really a continuation on last weeks blog about creating characters. One thing that we need to see in characters, as well as in the story line, is believability. If a character does not seem believable, even in a fiction story, then you are not going to retain the reader's interest, and you are not going to be able to build your story. if you try to do so, your characters themselves will simply refuse to fit together the way that you want them to.

Start with their name. Names are everything! They reflect our cultural background, our family background, and the times that we were born into. Our name, in a sense, IS who we are. So give your characters names that reflect who they are, and where they came from. If you like their name, but they don't ... change the name! Characters are powerful people! Your characters names need to have a rhythm, a cadence of their own. And it probably is not a good idea to have different characters int he same book with the same name. This ends up somewhere between boring and confusing for the reader. Remember ... both the reader and your character have to be able to accept and relate to the character's name! As I revise my first attempt at a mystery, I decided to start over again on both location and character names. The story line will remain basically the same, but tweaked to remain in the area of possible/plausible.

One thing that I had to remember is that some of the characters from my first book will be carried forward, as I want this to be a series. As the series grows, my characters will grow. To do that, they need a firm foundation, and viable connections to each other. They have to be able to function through varying story lines, which is making me stop and think about what I want them to say and do. My main character I have firmly in mind. I know who she is, how she thinks, how she acts/reacts. The protagonist is another thing. The protagonist in my first story may be my main character ... that seems to work for me. The role of the hero (the person who saves the day) is not relegated to one person in my book. it is a group of friends that function well together. My antagonist - the ultimate "bad guy", is a combination of a single person and the group behind him. The obstacle is not a character, but a belief. it is something that affects all of the characters in some manner. Logic and emotion find their balance in my character's world. The archetype of sidekick for the series I am writing doesn't seem relevant, as the main character works to solve the issues of the story with other people.

Taking all of this into consideration - as well as the story bible that I discussed last week, I feel that I am well on my way to creating a viable story line!