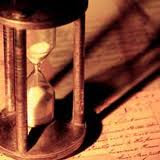 I am in the process of completely reinventing a story that I began several years ago. I started out by fleshing it out, then recognized that tossing the majority of the material out, and beginning anew was the way to go. One of the things that I kept, aside from the major character, was the theme that the basis for the current issues was lodged deeply in a very murky past. Now the issue is - how do I bring the past into the present in a way that it doesn't overwhelm it?

At this point I am researching flashbacks, and how they can be woven into the story. One of the first pieces of information that I read was that they need to be used wisely. The article noted that beginning writers (I still qualify here) tend to bring the backstory in too early, to give too much away too soon. Point taken! When the story is in the past, it can be difficult to move it forward. I need to be careful here for another reason - I intend for this particular mystery to be the first in a series, so I want to leave it very open to movement and characters.

The next piece of information that screamed out at me was that the backstory must be shown, not told. Had I not seen this, I would have jumped in, head first, talking about the past, rather than showing it. Again ... point taken! If we show the past, we take t he reader their and involve them emotionally. They want to read more, which is what we want them to do!

There are many ways in which backstory can be shown. The primary method that I have chosen is recollection - my characters will remember bits and pieces of the story, until it finally becomes a whole, clear picture. I haven't decided if I am going to write full scenes into the recollection. Perhaps once or twice, but not more than that. I may also include letters, journals, diaries, or pictures. Whatever will make the most impact on the story at any given point int he story.