Evolution of Your Characters - They Won't Always Behave! 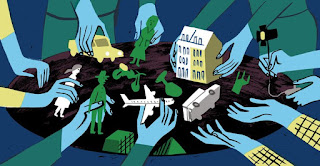 Character evolution - the inner journey that a character takes within a story, and their interaction with other characters. I am sure that I am not the only writer whose characters have made the decision to write their own script, and to evolve into something that said writer had not seen coming!

Sometimes what our characters evolve into changes the story entirely. Should we allow that? Can we use this to strengthen character arcs within the story? We have to remember that our characters grow as our stories evolve - they are not going to be the same at the end as they were at the beginning. Their evolution makes our stories stronger.

Characters evolve as they learn lessons, as they face their own inner demons, as they deal with their past and more. Evolution is a gradual process. What I have found with my characters is that if I allow them to go where they want to go, they will find themselves.

Character evolution is triggered by something in the characters life, something that they cannot get past, something that they have to deal with. This is the start of their inner journey. We want the reader to see our character's "comfort zone", and why it is necesary for them to move out of it. There will come a point when our character needs to make a decision that will move them forward. This will be a pivotal point for them, and the decision may not be an easy one to make. There is a lot of work to be done here.

Why does this all matter? Because the challanges that the character goes through are things that you readers will identify with. They will make the character real to them. Your readers will become invested in the story, and they will want to read more of your stories!

If you want to write great stories, allow your characters to do some of the writing!