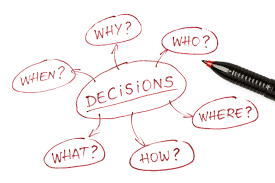 I have had my first Christmas mystery book running around in my mind for "forever". I know the physical setting - Minnesota, where I lived as a child. I know that the action will take place in a mid-sized town, where people know each other. I know that the protagonist is a reasonably well-off mystery writer and that the victim is a successful lady in her forties who is engaged to a wealthy local gentleman with a secret from his past.  I know that the opening chapter will focus on a Tarot reading that the victim gets from a local reader.
I need to form an outline so that I don't stray too far from the "facts", and so that the story takes a plausible form that is tightly woven (no holes allowed!). Speaking of which, I would be digging myself into a hole if I tried to write a "step-by-step" type outline. As a writer, I am a "panster" - I write by the seat of my pants.
Here is what I am looking at so far:
Chapter One: A very elegant lady (the victim) comes into a local tea shop for lunch and a Tarot reading. The reader is very uneasy, as she sees cloudy energy around this lovely lady. The cards show death. The lady leaves, never to reach her destination.
Chapter Two: That evening, the reader learns of her client's untimely death. She sees her client with her hands outstretched as if asking for help. She feels icy fear all around her - this story is not over yet! She calls the protagonist, who hurries over to her house to calm her down.
Chapter Three: The victim was engaged to a mysterious, wealthy local. She was on her way to his mansion when her car drove off the road, and she died. The police found out about the Tarot reading, and want to talk to the Tarot reader.
Chapter Four: The protagonist calls a meeting of her friends, to discuss the death, and to see why the victim is asking for help. Was this not the accident that it seems to be?
Chapter Five: The protagonist attends a local board meeting, which is also attended by the victim's fiancee. He tells her his story and asks for her help. His dead fiancee has come to him in his dreams asking for help too.
Chapter Six: Introduce the assistant to the victim's fiancee. Portray them in a good light. Bring in strange missives that have been coming in through the mail.
Chapter Seven: There is a large Christmas party, where a prominent local woman is poisoned and dies.
Chapter Eight: The protagonist and her friends meet to go through clues and share information.
Chapter Nine: What the victim saw just before she died.
Chapter Ten: Showdown between the victim's fiancee and his assistant.
Chapter Eleven: Conclusion.
There it is - a bare-bones, pantser outline!
(c) March 2021 Bonnie Cehovet

Reproduction prohibited without written permission of the author.