Creating Suspense In A Fiction Story 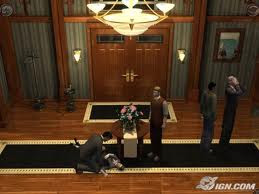 I love to read mysteries, so now I am trying to write them. I have my niche – cozy mysteries. Gentile mysteries, as it were, with no chase scenes, no profanity, no explicit sexuality. Good to have all of that defined before I start! So, exactly how is it that I am going to create some tension, and a level of suspense that makes the book worth reading? Because this is also what keeps the reader’s attention!

I don’t want my characters in dicey situations from cover to cover. Not too cozy, that. And I have to be careful that whatever I do is in line with the characters that I have created. There are still a myriad of ways to go here. I can have one character withholding crucial information from another. I can have one character lying to another. I can know in my mind what is happening/has happened, but withhold that information from my reader until later in the book.

I have learned the hard way that too much backstory is too much backstory. I have also learned to space out how much of the backstory that I put on the page at any given moment in time. I like to have my characters think a bit – one thing that I had to curtail right away, because it became boring even to me!

Don’t just chat – your characters have to be doing something – there has to be some action, some suspense, that holds the reader’s interest. And make it realistic! That was another place where my imagination run amok, and tings became ridiculous. Part of the suspense is having your characters keep what they are thinking to themselves. Have them bring their thoughts out only when something big is going to happen, or when to do so would act as the ignition for something really big happening.

Well defined characters, a well plotted storyline, and controlled action to me are the makings of a truly great story.