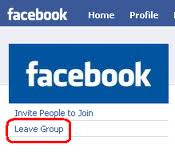 I have been looking for a way for a few weeks now to put a minor rant out there without naming names. Last night, I decided that one way that I could do this would be to blog about it. The situation is one that we may all find ourselves in, from time to time, and it is one that we all need to learn to handle with grace. That situation would be Face Book group pages. They do have a definite benefit, and that is why we join them. They also have some major challenges.

The primary benefit, IMHO, is that like minded people are drawn together to share information. By sharing our thoughts on any given topic, and then listening to the thoughts of others on the same topic, we grow our visions, and we move ourselves in directions that we may have previously thought impossible.

The challenges start with the manner in which Face Book allows groups to be formed. The individual forming a group has the option to place anyone on their friends list int he group, without asking them. On any given day, you could wake up and find yourself in a group that you were not even aware of. Hold the temper - you can get out of this easily (or stay, if it looks interesting to you). You can just leave the group, without saying anything to anybody. You can leave the group, and send a private message to the group owner, thanking them for inviting you, but letting them know that you don't have the time (or whatever else your reason is) to be a part of their group. Or, you can post to the group, thanking them for being added to the group, stating the reason that you don't wish to participate, letting them know that you are leaving the group, and then leave the group.

Another issue pops up when people are allowed into the group that continually place posts that have nothing to do with the stated purpose of the group. My personal way of handling this is to send a private message to the group owner, stating my dissatisfaction. If this doesn't work, then I seriously consider leaving the group.

The problem that I am currently having with one of the groups that I belong to that are important to me (in a profession context)is that individuals are posting things that are relevant only to themselves. I am sure that part of the reason this is so prevalent is that people are seeing other people doing this, and nothing is being said, so they feel that this is an okay thing to do. The ideal way that this should have been handled is that the group owner speaks privately with the offending individuals, asks them to take their posts down (or takes them down themselves), and posts the group rules so that everyone is reminded of how the group is run.

This is not what happened in the group I am referring to. Two individuals chose to act as if they were the group owner, and left comments on individual posts that what was posted was not acceptable for that group. IMHO, this was way out of line.

I would have left this group already, but some of the information posted there is very pertinent to what I am currently doing. I will have to do what I should have done in the first place if this continues, and that is to send a private message to the group owner.

It didn't stop there, either. One individual posted a service (which in and of itself is questionable in this group), and the manner that they were providing that service made use of a highly recognizable, very well placed brand that they have no connection with! I posted a comment that this seemed a bit unethical to me ... several days later someone else posted a comment somewhat along the line of min e, but very toned down.

It is up to each of us to use our brains in Face Book, or any other groups. When something doesn't seem right, or just doesn't fit, speak up! Use the leave button as a last choice. Perhaps you can make the group better by your actions.

Having said all of this, I also belong to another group where everything is done well, everyone is polite (outspoken, but polite!), everyone has a good time, and serious support is still there. Why does this group work, where the other one is floundering? Both group owners are highly respected individuals in their own field. The difference is that one is hands on with their group, and the other one isn't.