How M.C. Beaton Influenced My Writing 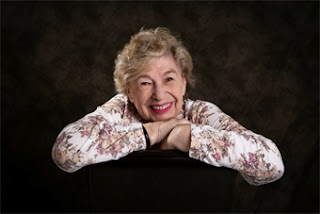 I have decided to institute a monthly theme to my author's blogs. My theme for the month of March is female writers of (cozy) mysteries that have influenced my own writing in some way. This week I am talking about M.C. Beaton, author of the Agatha Raisin and Hamish MacBeth series.

M.C. Beaton is a pseudonym for Scottish writer Marion Chesney. Her books include a number of romance novels, under different pseudonyms, but she crossed my path originally for her Agatha Raisin series, followed by the Hamish MacBeth series. I love the character Agatha Raisin, a retired publicist from London that has chosen to live in the country. She stumbles around, wanting to be one thing, but unable to quite bring that about. She wants to think she is in the prime of life, she wants a steady relationship, she wants to be taken seriously -  but the small things seem to constantly trip her up. Like her absolute inability to cook anything, and her existing relationships - one a professional relationship with a young man that she trained, and one a relationship with a wealthy socially prominent gentleman with a roving eye. The situations that she gets herself into, the people that she meets - all very plausible, all things that could happen to any of us. Her characters each have their own story to tell, and are very consistent in telling it.

In Hamish MacBeth Beaton has created a totally different type of character. Here we see a Highland village policeman that is not especially ambitious, in fact he trys to avoid attempts at promotion, but uses his wit to solve cases. He is very much a part of the village that he serves in, and he wants life to stay just as it is. His way of thinking isinfluenced by the fact that he comes from a large family (three brothers and three sisters), where his parents are crofters.

Both the Agatha Raisin series and the Hamish MacBeth series have been made into TV series, which may or may not be a thought with all writers, but I do hope that at least one of my books will hold enough interest that it will be made into a movie, at the least. This is the hope that writers like M.C. Beaton give us.

Next week I will be talking about how the author Joanne Fluke has influenced my writing.